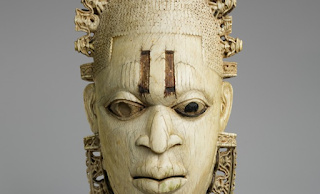 I live in Benin and sometimes going through the popular new Benin market makes moi cringe or think twice if going out is worth it, especially if you have to go through the market, WHY, you would be wondering, many girls who reside in Benin will/can relate to what's am about to say here, in some cases you would be forced to exchange words with some of the boys or will i say thugs, because i really don't know there function(s), i wonder how these set of humans sleeps at night.  with all the many insults the recieve in a day, let me tell you what happened yesterday, the reason i had to bring my rants down here.

i and a friend went out, coming back we decided to go through the market, and this boys didn't disappoint. like one of the boys came close and was like "come follow me buy jeans" (there was no problem with that i guess) then my friend who was closer to the guy relied "am not here to buy jeans" a right thinking human being would have walked away and continues his hustle somewhere else, but the guy still attached himself to us, i reduced my walking pace and allowed my friend and the guy to move forward a little and was listening to them from behind because i was tired of telling the dude i wasn't buying anything, the next words that came out from his mouth was "they go you house girl, Prostitute" (funny right? but it was annoying) because i was at there back i was quick to reply (which i can't say here because it was crazy) the guy heard me, firmly herd me back and told me to repeat myself, thanks to my spite fire mouth i did and added more curse words, nobody even cared to side him, like they were watching us (i mean his colleagues) he finally let go off me when he realized no one was coming to his rescue. (he dragged moi to his level and i still beat him, tho he had experience. loolz),  what now irritates me the most is the Abokis (dollar changers or whatsoever they call themselves) and the curtains sellers who now touch/hold you all in the name of calling customers. i don't know if am ranting or other people or girls living in Benin still face this issues, they really need to stop, they are harassing people all in the name of buy jeans,
someone ones told me that they are hustling, are they the only one hustling? I will like to know your opinion on this, because these boys REALLY NEEDS TO STOP.


Posted by Unknown at 04:22:00
Email ThisBlogThis!Share to TwitterShare to FacebookShare to Pinterest
Labels: True stories