Meet transgender couples who proves their love is possible

When you look at this couple, you do not notice anything strange at first. However, their story of love is unique, as both of the is transgender. 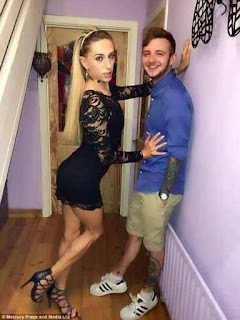 Her name is Jamie O’Herlihy. She is just 23years old, but in the past she was a man! At six he realized that the female soul was trapped in his male body and in 2015 the man made an operation and had become a trans woman. 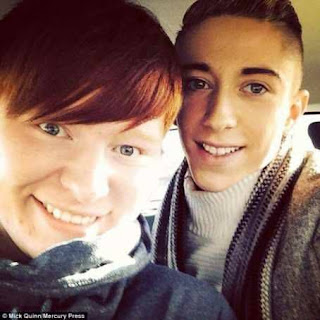 His name is Harry Matthews, and he used to be a woman! He has done a surgery to become a man. The couple met during the rehab sessions for transgender people. They both had to go through social, physical and emotional adaptation. That’s when they met and fell in love with each other. 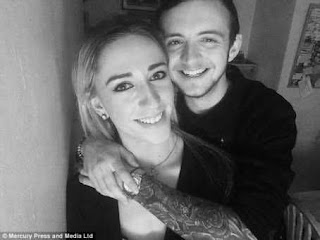 Jamie said: ‘it is like fate brought us together. We had both booked to do this week of workshops and activities for all different aspect of transgender, but we got cold feet at the last minute.’
Jamie and Harry feel they are the peferct couple. Here is what they say:

‘it is very emotional going through this transition so when you’re both experiencing it you can form such strong emotional connections quite quickly so he’s already seen my ugly crying face and he thinks I’m beautiful anyway. 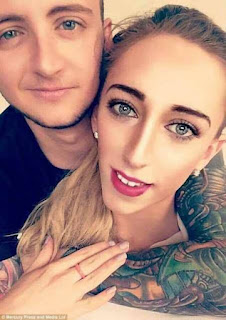 Harry has made an operation earlier and now he provides the support Jamie needs to get used to her new condition. Since 14 Jamie has been gay, but now she is a woman. 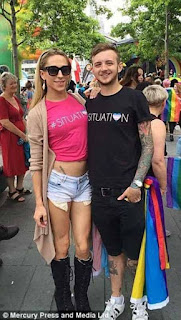 The story of their love is highly controversial and unusual. Some people judge the couple and say that they would not last long together. But the two don’t care much about what the people say.