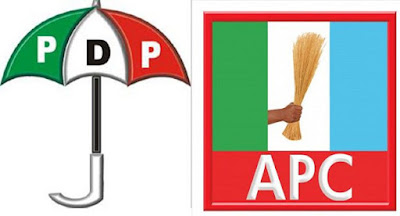 The Edo State Chairman of the Peoples Democratic Party (PDP), Dan Orbih, has described the mega rally organised at the Samuel Ogbemudia Stadium in Benin City by the All Progressives Congress (APC) on Tuesday as a send-forth party for the outgoing governor, Adams Oshiomhole and his Party.


Orbih made this declaration on the occasion of PDP’s stakeholders meeting in Benin where the party’s governorship candidate, Pastor Osagie Ize-Iyamu, said that he was contesting Saturday’s election to win and be sworn in as Oshiomhole’s successor.
The state chairman, in his welcome address, assured national leaders of the party and south-south governors at the meeting that all the stakeholders in the eighteen local government areas of the state had worked hard with a resolve to lead the party and his candidate to victory in Saturday’s governorship poll.
Chairman of the National Caretaker Committee of the PDP, Senator Ahmed Makarfi declared APC dead in Edo and called for a minute silence in its agonising memory, adding that a service of song would be organised for the APC after the Saturday election.
Posted by Unknown at 12:26:00
Email ThisBlogThis!Share to TwitterShare to FacebookShare to Pinterest
Labels: Edo decide 2016