Must Read! What's your take on Restructuring?

I find this an interesting read... 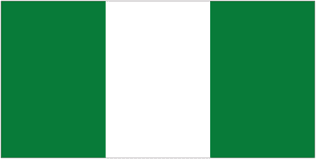 California is the 6th largest economy in the world. It's economy is larger than that of France or Brazil. The little problem is that California is not a country. It is a State in the United States of America. It has little offshore oil, yet its economy is larger than States in the US that are famous for their oil reserves, like Texas. California generates much of its revenue from non-oil products. It found a way to absorb and domesticate much of the intellectual output from its premier university, Stanford University, into sale-able products within its economy.
As a matter of fact, much of California's economy is built around Stanford University. So with this, Silicon valley developed. I'm sure you've heard of Silicon Valley at least once in your life. Now with Silicon Valley came companies like Apple, eBay, Cisco, Lockheed, Hewlett Packard (HP), Google, Netflix, Facebook, Oracle, Tesla...and the list goes on and on. These are multi-billion-dollar companies. The yearly budget of any one of these companies might be larger than the entire yearly budget of, say for example, Akwa Ibom State. I'm taking about companies that are richer than countries. They are all in California. But that is just in the technology industry where the technologies and inventions spewing out of Stanford are caught midair and converted to money spinning enterprises.
But there is also the entertainment industry in California. Yes, Hollywood is in California. The US movies industry contributes about $504Billion to USA's GDP. Hollywood, as you know, contributes over 70% of that figure. Most iconic movie studios are in Hollywood. As a matter of fact, the "Big Eight" consisting of 20th Century Fox, Columbia Pictures, MGM (Metro-Goldwyn-Mayer), Paramount Pictures, RKO Radio Pictures, United Artists, Universal Studios and Warner Bros are, or were, all in Hollywood. These again, are multi-billion dollar companies generating revenue for California.
Despite the above, California also thrives on agriculture. As at 2014, California had nothing less than 77,000 farms and ranches raking in about $55Billion in revenue yearly. It produces over 400 agricultural commodities, a large chunk of which it exports. It is the leader in producing exotic fruits in America. Its wine industry is unique. California wine is drunk with relish the world over. I used to drink some too.
This is just one State in America. You see, California actually had a choice of sitting back and striving to get a piece of the revenue generated from Texas' oil. It could have depended solely on Federal allocation to survive so that every month end, it will send its Commissioner of Finance to Washington DC to receive monthly allocation so that it can barely pay salaries of its workers and nothing more. Then San Francisco would resemble Ajegunle in Lagos. And there certainly would not be those beautiful sights and sounds that make California what it is today. But No, not California. Not America. California gives to the center and, because of its wealth, despises the idea of depending on it for survival. The Federal Government actually needs California to survive, not the other way round.
You see, America is structured in such a way that States must look inwards to exploit their wealth for the good of its citizens. There is no free lunch for the lazy States. There certainly is no commonwealth. But there is your wealth, if you can create it. Under American Federalism, you are the captain of your ship. But again, you are also the waves upon which the ship will sail. That is America. The local government, the government closest to the grassroots, is deliberately made the strongest level of government. Items like Variances
(adaptation of state law to local conditions,) Public works (yes, public works!!), Contracts for public works, Licensing of public accommodations, Assessable improvements, Basic public services are all left for local county governments to handle. The State handles weightier matters like Property law, Education,Commerce laws of ownership and exchange, Banking and credit laws, Labour law and professional licensure, Insurance laws, and Electoral laws, including parties and Civil service laws. Items that the Federal Government, the center, handles affecting the States, are actually very negligible.