The "Bride Price should be scrapped" Argument 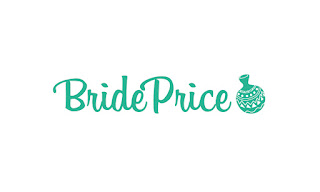 Each time I see this "Bride Price should be scrapped" argument trending from a clique on my timeline, I just nod my small head.


I have never understood their skewed argument.
It actually baffles me how people think their opinion is superior. Because its coming from you? LOL!!


If payment of Dowry gives the man a sense of entitlement(thereby a breeding ground for domestic violence and abuse),


How come cultures where women pay groom's price treat women WORSE than us?
How come cultures/clime with no payment of bride price are more violent domestically towards their partners than us?

What is the link between payment of Dowry and domestic violence/abuse?
If you claim there is a link, what then is the cause of abuse when Dowry was not paid? And you think those same causes are not contributory factors when Dowry is paid?


I live in Benin city where Dowry is a Symbolic N20. Keyword SYMBOLIC. Just as a lot of other cultures. If you have been present where these Dowry are being "negotiated", you realize that these men are actually "clowns" and they will just be engaged in so many unnecessary allusion to too many unrelated events and jokes.


And parents will reaffirm their stance of not selling their daughter.
Let the gods curse you and you lay hands on a Bini girl, its over.....Bros conman carry your N20....we didn't not give your our daughter to kill.


It would have been an entirely different discuss if a Dowry paid cannot be returned.......you argue why must it be paid in the first place. You are shown its symbolic. You say you don't want to hear the nonsense and you actually think you make a single sense.
I hear the "am not a product to be bought" and I wonder, does Apple tell you they will collect their iPhone back from you if they notice you are not handling their product with care?


Does Mercedes Collects their car from you for breaking traffic rules?
Those who think paying Dowry makes the woman their property are actually misogynist....whether they pay a dowry or not, they think the woman is below them and they carry such altitude and mentality into everything they do.


These people don't need bride price to be assholes.


The problem is how you are raising your sons and daughters.........not paying Dowry.
One thing I have learnt on social media dialogue is not to be bullied by common nonsense.


There are certain issues I say to myself, your personal opinion is best suited for you. It is not superior to even cow dung.
Paying Dowry is one such.
If your don't want to pay or accept it, its within your fundamental rights. And your reasons is not superior to cow dung.
Keep it to yourself, cherish it, nourish it and pass it to those who think like you.


Anyways I will bear my wife's surname. Courtesy Chijioke Anyacho 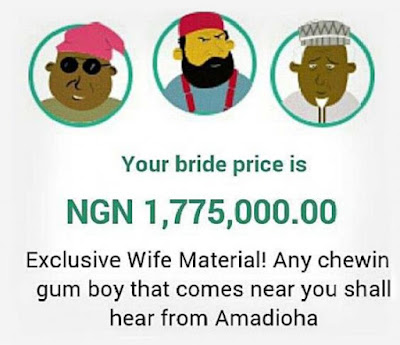 Posted by Unknown at 13:27:00
Email ThisBlogThis!Share to TwitterShare to FacebookShare to Pinterest
Labels: Articles by Anyacho