Nigerians who has advanced to the next level in Rio

I will start with the dream team, Despite all the overwhelming odds encountered by our football squad, I must commend them for doing us proud. The jet lags, cash crush, lack of cultural attires and other embarrassments, they still went all out to show the world that Nigeria is a team to recon with in football. They have qualified for the knockout stage after defeating Sweden with 1 goal 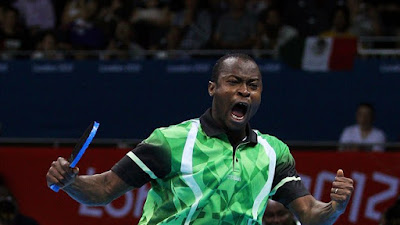 Aruna Quadri qualified for the Round 4 of the men’s singles table tennis event after an awesome performance against world number seven, Chinese Taipei’s Chuang Chih-yuan, he would now face German Tim Boll, who formerly was world's number 1, but now number 13. (to me, if he could defeat world number 7, number 13 should be a walk over). 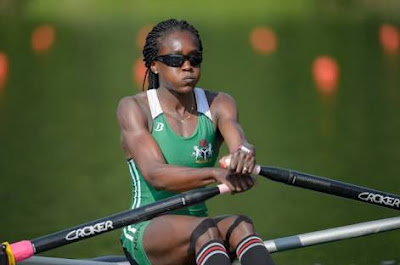 Meet 23 years old Chierika Ukogu, the only athleth representing Nigeria in Rowing has advance to the quarter-finals of the women's Rowing. she placed third behind Austria's Lobnig Magdalena who came first and Czech's Topinkova Miroslava who came second. she is currently ranked 15th in the world after her heat. 41 year-old segun Toriola,has bowed out from the men's table tennis Olympic game, Toriola whose seventh Olympic Games appearance equals the table tennis record and makes him the most capped African Olympian stated after beating Czech Republic  Dimitrij Prokopcov in the first round.: “I’ve played him in the French League three times and I’ve lost every time. Today I felt confident before the match, I played without any fear. My first attack was strong and he made mistakes, the main problem for me was that I made mistakes when playing short.”
Posted by Unknown at 06:23:00
Email ThisBlogThis!Share to TwitterShare to FacebookShare to Pinterest
Labels: Rio 2016