So, Micheal Jackson is the Highest-Paid Dead Celebrity Of 2016 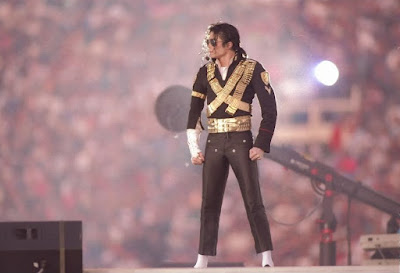 According to FORBES the long-departed King of Pop had the time of his afterlife.
The March sale of Michael Jackson’s half of the Sony/ATV music publishing catalog, famous for its library of Beatles tunes, for $750 million puts him at the top of their annual ranking of the top-earning dead celebrities, an ironic finish given that many critics and even advisors once derided the catalog as a badly overpriced investment. Jackson’s total pretax payday of $825 million ranks as the biggest annual haul by any celeb dead or alive.

“He was always doing stuff that was the best, the greatest, the biggest,” says Jeff Jampol, who manages the estates of Janis Joplin, Jim Morrison and others. “That was a big fight when he wanted to buy that catalog … it turned out to be one of the greatest investments ever.”

In 1985, Jackson paid $47.5 million ($140 million in 2016 dollars) to buy the Beatles-packed ATV publishing catalog. Ten years later, Sony paid him $115 million to form a 50/50 joint venture, then purchased his remaining half in March. In all, the sales (and accompanying distributions) gave Jackson’s estate, which is overseen by lawyer John Branca and music exec John McClain, a 30% annualized return on investment.

The Sony/ATV payday gives him the last laugh over doubters and critic. But a decade ago, he already knew what a good deal he’d made, as detailed in my book Michael Jackson, Inc. On a 2007 conference call, the King of Pop reminded Sony/ATV chief Marty Bandier of the acumen that had earned him a nine-figure return on paper by that point.
“See,” he told Bandier. “I told you I knew the music publishing business.”

Posted by Unknown at 12:22:00
Email ThisBlogThis!Share to TwitterShare to FacebookShare to Pinterest