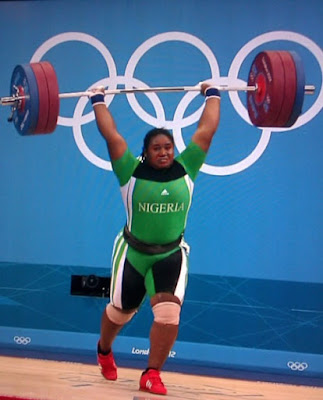 Even before she left the shores of Nigeria for Brazil, Mariam Usman knew winning a medal at the Rio Olympic would be a tough call. She would not pretend to be a magician nor claim perfection where there is none. Usman believes one can only reap where one sows.


The Commonwealth medallist in the +75kg in weightlifting says she has lost the urge to represent Nigeria at international events. Mariam was the only weightlifter that represented Nigeria here in Rio. She competed in the +75 category and amassed 265 kg. She finished 8th in her group. is painful to come to the Olympics and see people who are your contemporaries perform better than you; not because you lack the ability but because you were not prepared like them,” she said, while speaking to reporters at the Games Village, here in Rio. “For me, it is not just about jumping unto the plane
every four years to go to the Olympics. Every athlete you see here wants to step on the podium. If you can’t aim to climb up there, you have no business coming to the Olympics. I can only consider going to another Olympics if things change for the better. But if the status quo is maintained, I don’t think I will go to another Olympics again.” 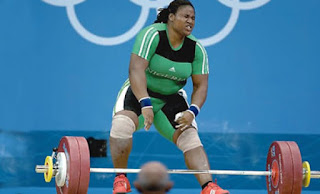 She said training for the Rio Olympics was non-existent while her counterparts from other countries who are competing here in Brazil have been training for three to four years. "Olympic gold medal doesn’t come cheap. It is painful that one has to suffer and when competition comes they expect you to win a medal with your blood. “The people you have to compete with had everything they needed: training grants, competitions and are exposed to the most modern equipment. I had nothing. You don’t expect such people who have invested so much to lose to one who don’t even train adequately.” The African champion said before the 2012 Olympics, she had better training than she did under the current dispensation. “Yes, I feel 2012 was better. I had better training and my result was better. This time nothing was done to better one’s performance.”
Posted by Unknown at 15:18:00
Email ThisBlogThis!Share to TwitterShare to FacebookShare to Pinterest
Labels: Sport